Capital Gains on Unlisted Shares – a tax burden on the investors of Private Equity? 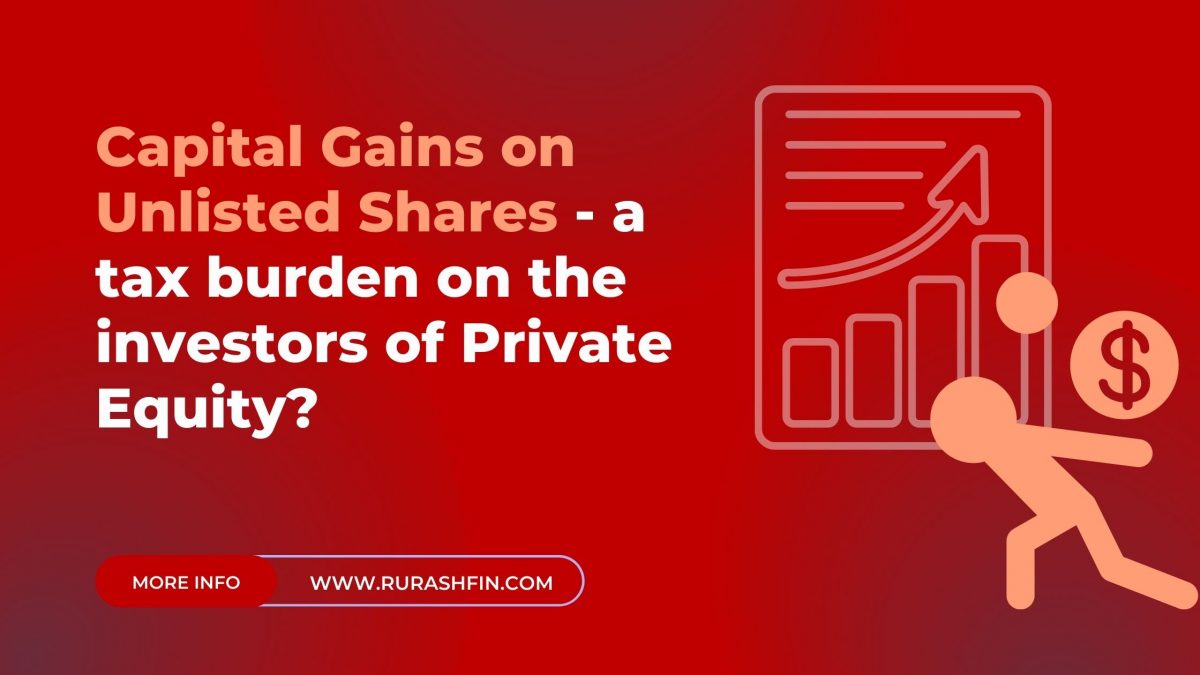 In emerging markets such as India, public and private investments are the key driving factors that spur economic growth. Capital investments in India are expected to continue at the current growth rate (CAGR) of 15%. Indian industries are ripe, and with their growth, they actively seek investments to fund their assets and working capital.

For example, in the next five years, the construction industry would need an additional investment of $150 to $200 Billion to fund working capital and its assets.

Private equity and venture capital funds have been a major source of funding in India for quite some time.

The Indian private equity market reached new heights in 2021, reaching a record high of $70 billion and transaction volume, increasing by 87 percent over 2020. These transactions account for a huge part of our Economy and thus would require a strong and stable taxation system.

As per the current income tax laws, all investors, including venture capital funds, are taxed on LTCG (Long Term Capital Gains) on the transfer of unlisted shares at a rate of 20%. STCF (Short Term Capital Gains) attracts a slightly higher interest rate of about 30%.

Earlier, the Direct Tax Code (DTC),2010 had proposed a unified tax rate of 30% for capital gains on the Unlisted Shares, for both long-term and short-term gains. Long-term gains will have an indexation of costs for determining capital gains. This proposal is now being realized, and the work has begun. A higher taxation most likely could hurt capital formation.

Is this Tax Increase the right approach?

The tax rate in India is one of the highest among all BRIC countries.

This high tax rate may affect India’s USP as an attractive investment destination for global private equity firms. Ergo, the tax rate in India should be competitive enough with the other countries. Otherwise, we may see a re-allocation of foreign investments to other countries.

As per the current tax laws, there are many differences as to how the listed and unlisted shares get their taxation treatment.

Challenges faced by the Venture Capital Funds in India

The domestic venture capital fund industry is facing significant hurdles and challenges, in defending their tax positions. If trustees pay tax on capital gains earned by the fund, there is ambiguity between trustees and investors as to who should be taxed; this leads to double taxation as the venture funds and the investors would be taxed on the same income as well.

Even if the trustees pay tax on capital gains, there is not a framework yet which allows beneficiaries to avail of tax deductions or credit in their individual tax returns on the taxes already paid. In other countries with significantly large fund management industries, there are provisions for the pass-through basis of taxation for private equity and venture funds.

Unlisted Shares have the complete potential for being multi-baggers and deliver exponential returns, an average investor invests with the hope of accumulating wealth for a better standard of living.

The private equity space in India has been gaining and continuing an uptrend over the years
While government taking up structural reforms with the Bankruptcy Code and Goods and Services Tax (GST), cutting down of corporate taxes and breaking down of Foreign Investment Promotion Board (FIPB), the growing interest of global investors is a testament to the increased optimism around the growth of Private equity and unlisted shares space in India.

RURASH is one of India’s leading investment management firms, providing financial solutions to augment the client’s wealth and facilitating in building of a purposeful legacy.

For any assistance regarding financial instruments, Contact our relationship manager now on Call at +91 22 4157 1111 or write to: invest@rurashfin.com,

Also Read: How is trading of unlisted shares and securities done in the stock market?