Unlisted Stocks – A Must Have Asset Class for NRI Investors 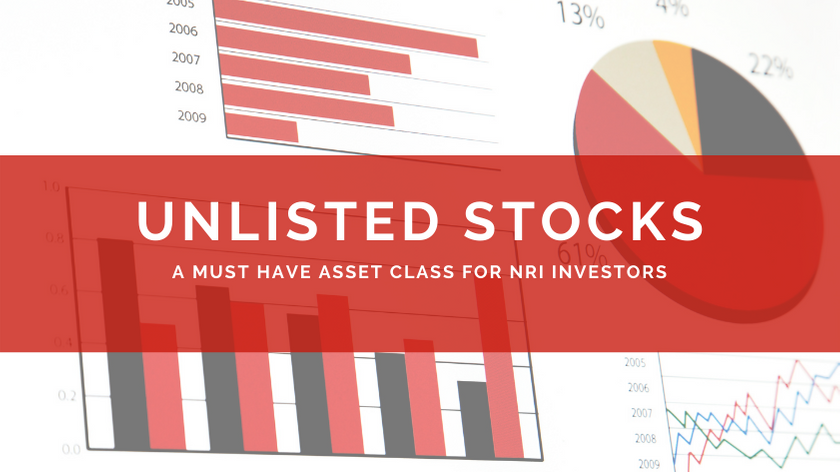 The unlisted stocks for NRI investors certainly remains an attractive option for wealth generation. You can now make substantial equity investments through Portfolio Investment Schemes or PIS. But are you allowed to invest in unlisted stocks as an NRI for Indian companies? The simple answer to this is YES! And we shall learn more about the guidelines right here:

Who is considered an NRI?

As per the FEMA (Foreign Exchange Management Act) rules 1999, there are mainly three ways by which NRI can invest in an unlisted company:

Being an NRI, you can make an  investments in Indian unlisted companies from the below three ways:

As the NRI is based outside India, they can assign their mandate holder for handling the administration work of NRO/NRE of the Indian Investment and bank accounts. The NRI has to provide the application of  “Appointment of Mandate Holder” to the selected bank with required documents and also the specimen signature of the appointed mandate holder.

The NRI can then also appoint a POA (Power of Attorney) in India that will execute and redeem the NRI’s Indian Investments. There has to be a POA agreement signed on the notarized stamp before its submission for investment as a mandate.

PINS or Portfolio Investment Scheme is the approval letter by RBI to allow the NRI to open demat and trading accounts for investment activity.

Provisions and restrictions for NRI trading:

There are some restrictions & guidelines for NRI to invest in India.

The taxation rate and structure depends on the country where the individual resides.  Generally, the tax on indian income is charged at source. However, there are tax treaties and relief in some instances on a case to case basis.

An NRI has to maintain the minimum balance in the account that they have linked to their trading accounts.

OCB is a kind of corporate body or company where the NRI’s own a minimum of 60% of the entire OCB  holding.

Summary: The NRI has to select a well experienced outfit like Rurash Financials to set up an Indian investment account,

Rurash Financials comes with a wide range of experience for NRI investments in India.